The leaky integrate-and-fire (LIF) neuron is probably one of the simplest spiking neuron models, but it is still very popular due to the ease with which it can be analyzed and simulated.

The basic circuit of an integrate-and-fire model consists of a capacitor C in parallel with a resistor R driven by a current I(t):

The driving current can be split into two components, $I(t) = IR + IC$.

The first component is the resistive current $IR$ which passes through the linear resistor $R$.

It can be calculated from Ohm’s law as $IR = \frac{u}{R}$ where $u$ is the voltage across the resistor.

By multiplying the equation by $R$ and introducing the time constant $\tau_{m} = RC$ this yields the standard form:

When the membrane potential reaches the spiking threshold $u_{thresh}$, the neuron ‘spikes’ and enters a resting state for a duration $\tau_{rest}$.

During the resting perdiod the membrane potential remains constant a $u_{rest}$.

In a first step, we create a tensorflow graph to evaluate the membrane response of a LIF neuron.

For encaspulation and isolation, the graph is a member of a LIFNeuron object that takes all model parameters at initialization.

The LIFNeuron object exposes the membrane potential Tensorflow ‘operation’ as a member.

The input current and considered time interval are passed at Tensorflow placeholders.

The main graph operations are described below (please refer to my jupyter notebook for details:

We stimulate the neuron with three square input currents of vaying intensity: 0.5, 1.2 and 1.5 mA. 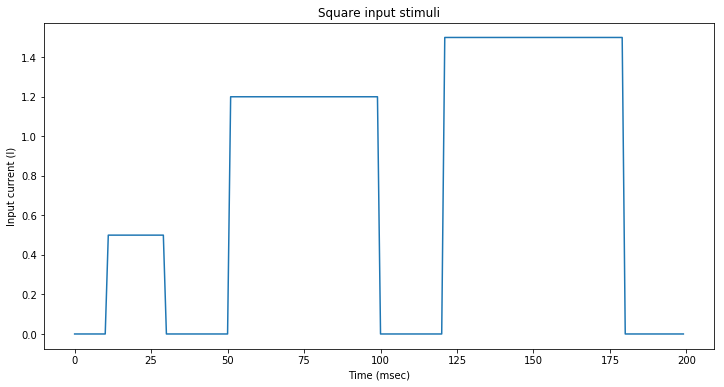 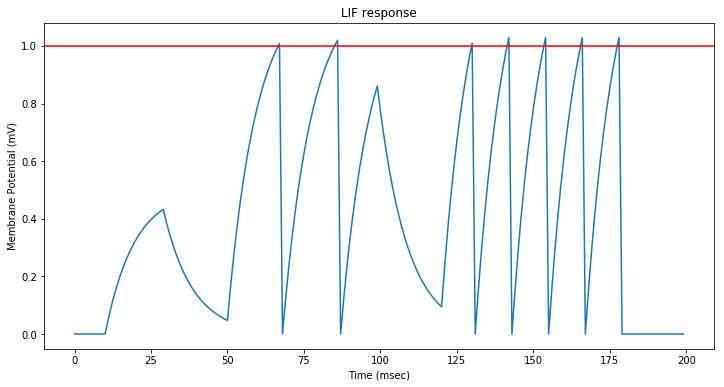 The first current step is not sufficient to trigger a spike. The two other trigger several spikes whose frequency increases with the input current.

We now stimulate the neuron with a varying current corresponding to a normal distribution of mean 1.5 mA and standard deviation 1.0 mA. 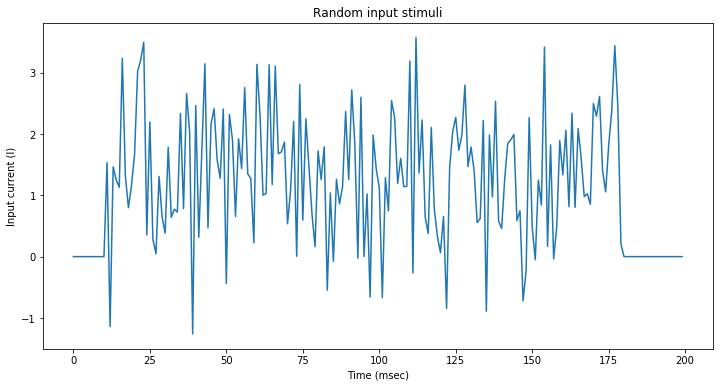 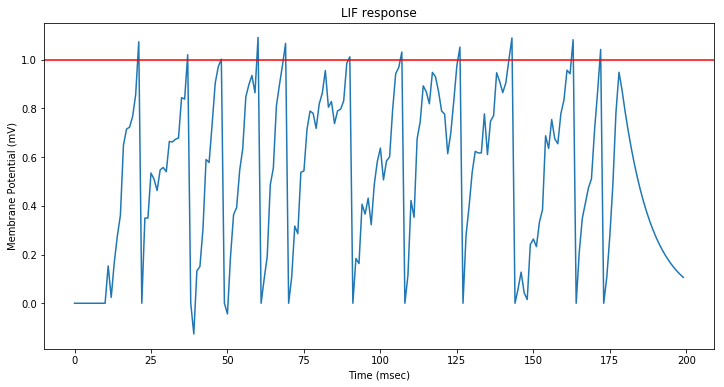 The input current triggers spike at regular intervals: the neuron mostly saturates, each spike being separated by the resting period.

We now assume that the neuron is connected to input neurons through $m$ synapses.

The contribution of the synapses to the neuron input current is given by the general formula below:

A typical implementation of the $I_{syn}$ function is:

where $q$ is the total charge that is injected in a postsynaptic neuron via a synapse with efficacy $w_{j} = 1$.

We create a new neuron model derived from the LIFNeuron.

The graph for this neuron includes a modified operation to evaluate the input current at each time step based on a memory of synaptic spikes.

The graph requires a new boolean Tensorflow placeholder that contains the synapse spikes over the last time step.

The modified operation is displayed below (please refer to my jupyter notebook for details:

Each synapse spikes according to an independent poisson process at $\lambda = 20 hz$.

We perform a simulation by evaluating the contribution of each synapse to the input current over time.

At every time step, we draw a single sample $r$ from a uniform distribution in the $[0,1]$ interval, and if it is lower than the probability of a spike over the time interval (ie $r < \lambda.dt$) then a spike occurred.

Note that this assumes that the chosen time interval is lower than the minimum synapse spiking interval. 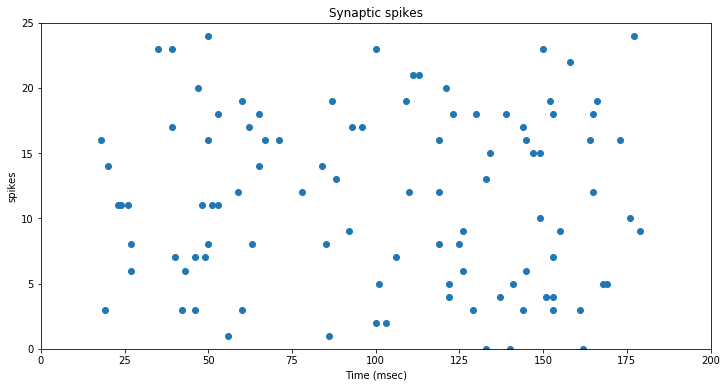 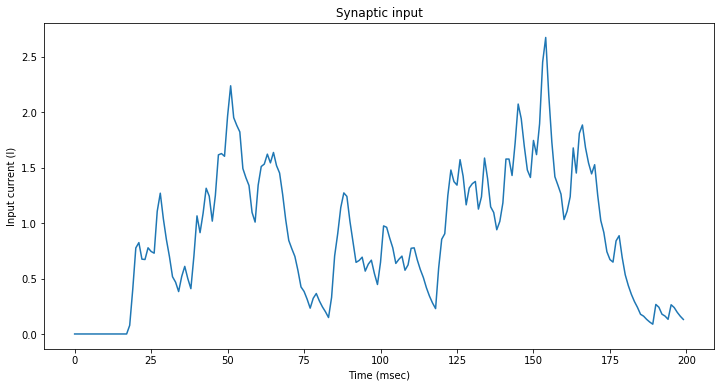 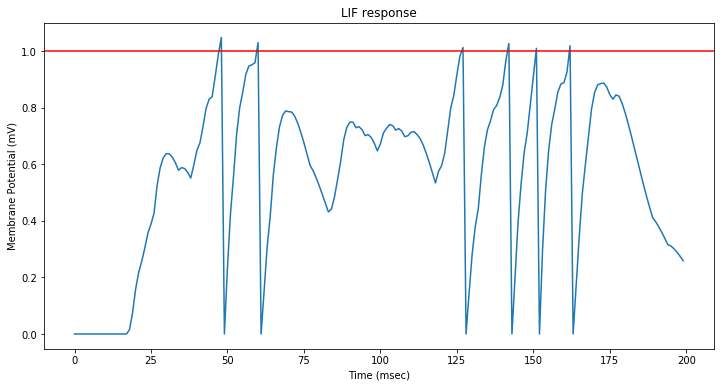 As expected, the neuron spikes when several synapses spike together.

Spiking neural networks ([SNN](https://en.wikipedia.org/wiki/Spiking_neural_network)) are the 3rd generation of neural networks. SNN do not react on each stimulus, but rather accumulate inputs until they reach a threshold potential and generate a 'spike'. Because of their very nature, SNNs cannot be trained like 2nd generation neural networks using gradient descent. Spike Timing Dependent Plasticity ([STDP](https://en.wikipedia.org/wiki/Spike-timing-dependent_plasticity)) is a biological process that inspired an unsupervised training method for SNNs. In this article, I will provide an illustration of how STDP can be used to teach a single neuron to identify a repeating pattern in a continuous stream of input spikes.